Talk to a lawyer: (877) 593-1717
No aspect of these award advertisements has been approved by the Supreme Court. Read more about award methodologies.
Home
Attorney Profile
Evan M. Levow 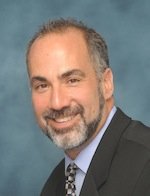 New Jersey DWI Lawyer, Evan M. Levow the managing partner of Levow DWI Law, P.C. is a nationally recognized DWI defense attorney. 100% of his practice is devoted to DWI / DUI defense. Evan Levow is often referred to as the DWI attorney’s attorney, as he is frequently sought out by other attorneys to discuss strategies on how to defend their own clients. He appears in local and national newspaper headlines, and has had numerous television and radio appearances where he speaks on the intricacies of DWI law and defense strategies. Evan teaches both the “Technical & Scientific Defenses in Alcotest Cases” and the “Defending a DWI Blood Case” courses at the New Jersey Institute for Continuing Education. He is a repeat guest speaker at the “Mastering Scientific Evidence in DUI / DWI Cases” annual conference, and for the past 3 years has taught the “DWI Defend With Ingenuity” course at the National DWI Seminar for the National Association of Criminal Defense Lawyers in Las Vegas. He has also taught the Continuing Education Alcotest Course for Connecticut lawyers. Evan has lectured to countless groups throughout the country on “Strategies to Win Bench Trials”, breath testing, blood testing and field sobriety testing. He is currently authoring 2 books: The DWI Book - New Jersey and New Jersey DWI Defense: The Law & Practice.

New Jersey DWI attorney Evan Levow leaves no stone unturned when defending his NJ DWI clients. He is the only attorney in the state of New Jersey to own both breath testing machines, The Breathalyzer and The Draeger Alcotest® 7110. He bought these machines so he could understand their flaws so that he could better defend his clients. Evan represented the lead defendant in State v. Chun, the landmark DWI breath testing case in the New Jersey Supreme Court and the most important DWI case in New Jersey history. Mr. Levow was recognized by the College of DUI Defense for his exemplary work in State v. Chun and for the important role he played in shaping DWI defense and prosecution in New Jersey. Mr. Levow also represented the lead defendants in State v. Kent and State v. Renshaw, the landmark blood testing evidence cases in New Jersey. Evan’s work in these cases changed how the state is required to present witnesses to establish how blood was drawn and tested, and allowed for the protection of the constitutional right to confront witnesses.

NJ DWI lawyer Evan Levow is 1 of only a handful of lawyers in the state of New Jersey qualified by The National Highway Traffic Safety Administration as an Instructor in field sobriety testing, which means that he is qualified to teach police officers how to properly administer the tests you may have been asked to perform road-side. Evan uses his in-depth knowledge of field sobriety testing to defend his clients. Evan is also certified by The National Highway Traffic Safety Administration in the DRE – the Drug Recognition, Evaluation and Classification Course.

Evan graduated Rutgers Law School in 1991 where he was awarded the William S. Kulp Scholarship Award for academic excellence and outstanding scholar potential. He was admitted to both the New Jersey and Pennsylvania Bars in 1991. In 1992, he was admitted to the Bar of the U.S. Court of Appeals 3rd Circuit. In 1995, Mr. Levow was admitted to practice law in front of the U.S. Supreme Court.

New Jersey DWI attorney Evan Levow has been included in the list of: Best Lawyers in America, 2008-2023; Super Lawyers 2010-2022; and US News & World Report Best Law Firms DWI/DUI Defense, 2012-2022. He is also President Emeritus of The DUI Defense Lawyers Association (DUIDLA). No aspect of these award advertisements has been approved by the Supreme Court of New Jersey. Read more about award methodologies here.

Evan Levow in his own words: “My practice is 100% DWI DUI defense litigation. Clients don’t hire me to hold their hands and plead them guilty. Clients hire Levow DWI Law, P.C. to thoroughly assess their case and evaluate all relevant defenses, and then to aggressively fight for their rights and to seek the best possible results under the circumstances. I am a DWI trial attorney. I prepare cases as if they are going to trial. I always attempt to work out cases without a trial where that is in the client’s best interest, but I am ready to take cases to trial if necessary.”

Client Reviews
★★★★★
This firm is arguably the best representation money can buy. Highly adept and committed, Evan makes himself available all hours of the day to provide accurate and concise answers to any questions/concerns and put your mind at ease. I was highly satisfied with the results he and his team delivered. Worth every penny. T.N.
★★★★★
I express my utmost gratitude to Evan Levow. When I met Evan, I was charged with a DUI, with a prior DUI 10 years ago. Before that case was over, I unfortunately received another DUI, and was now facing 180 days in jail. In both cases, Evan got the DUI's dismissed! Evan and his team demonstrate knowledge, expertise, professionalism, perseverance, and much more. There is a passion for justice in this firm and I witnessed that "fire" in Evan. Thank You so much. F.C.
★★★★★
You dug through the facts of my case thoroughly and found all the errors that were made by the officers. From the breathalyzer error, to the observed time error, to my condition, to my foot failing the balance test, you dug out all the facts, and I am grateful for that. I am back to my career which is a bus driver and once again thank you. D.B.
View More
Submit a Law Firm Client Review